Lions Mane mushrooms, Hericium erinaceus, are a species of mushroom, which is most often found growing wildly throughout America, Europe and Asia. Lions Mane derives its name from its appearance as it delivers a close resemblance to the wild and bushy state of an actual lions mane.

Lions Mane mushrooms have always been highly valued by indigenous peoples around the world for the capacity to improve general health and wellbeing, affecting positive change in humans, both mentally and physically, Lions mane mushroom powder is now gaining traction as a superfood. Showing huge potential as a natural and healthy way to support a greater sense of alertness and mental presence, Lions Mane mushroom powder is growing in use by sports nutritionists for their ability to help increase muscle build.

There is mounting evidence to suggest that Lions Mane mushroom powder can support an improvement in mental health when used in conjunction with a healthy and balanced lifestyle. Being a nootropic food that helps with concentration and memory, they may also help to facilitate the learning process.

Lions Mane mushrooms are one of the original superfoods, these unusual looking mushrooms are attracting attention from the scientific community due to their high levels of polysaccharides. The reason for this is that it has been found that the polysaccharides contained in Lions Mane have significant anti-fatigue properties. This is due to their ability to influence blood lactic acid, serum urea nitrogen and malondialdehyde. Couple this with the fact that they also increase antioxidant enzyme activity issue glycogen content and it’s easy to see why there is growing interest in the value of Lions Mane as a performance enhancer in the field of sports nutrition.

Studies have shown part of the therapeutic value of Lions Mane lies in its protective properties, positively impacting some inflammatory diseases such as bowel and cancer, mainly due to its influence on gut microbiota. When taken daily, Lions Mane has the ability to increase the quantity and the diversity of the gut microbiota community, as well as increasing the responsiveness on a cellular level.

Changes within the gut microbiota were found to correlate with some blood chemical orders including low-density lipoprotein (LDL), alkaline phosphatase (ALP), creatine (CREA) and uric acid (UA). These findings established that it was absolutely possible that gut microbiota alterations could be influenced at a physiological level of adaptation resulting from a 7 day Lions Mane supplement. There is evidence to suggest that this would therefore create the right environment for beneficial health effects.

The world we live in today is a fast paced one, with our current schedules being pushed to their upper limits, creating a pressure cooker environment. When you add nutritional deficiencies to this pressured lifestyle, the steep rise globally of a range of mental health issues, such as anxiety, depression and mood imbalances is not so surprising. 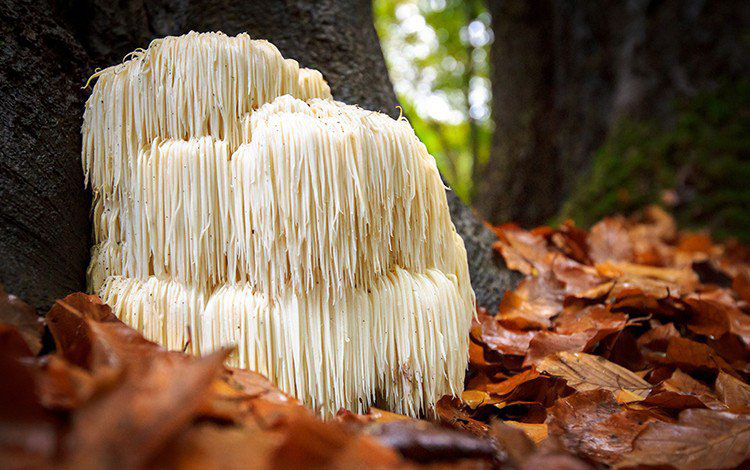 Hericium Erinaceus contains powerful bioactive compounds which are extracted from the fruiting bodies and branched filaments, these have been found to promote the expression of neurotrophic factors, associated with promoting the rapid growth of nerve cells and survival of neurons.

Lions mane mushroom powder has been shown to have various benefits to health including; anti-cancer, antidiabetic, antioxidative, anti-inflammatory, anti-hyperglycaemic, antimicrobial and hypolipidemic effects. It has also been used in the treatment of cognitive impairments like Alzheimers disease and Parkinsons disease.

Many studies have been conducted on Lions Mane mushrooms with growing evidence to support the broad range of anecdotal benefits on both the brain and body, benefits can include:

There is evidence to suggest these compounds are antioxidant-rich constituents which can have positive effects on many different cardiac biomarkers used to treat obesity related cardiovascular system illnesses. Regular consumption of edible mushrooms can potentially be part of a successful treatment plan for:

All things being interrelated from an Eastern medicine perspective, there are also studies that provide strong evidence of the suggestion that Lions Mane mushroom powder significantly “improves mood and sleep disorders in patients affected by overweight or obesity…”

A study conducted in 2019 in Milan found that after only 8 weeks of ingesting Lions Mane orally, patients decreased their anxiety, depression and sleep disorders. This supplementation in the diet of those who were part of the study was also found to improve mood disorders of an anxious-depressive nature and the quality of their sleep. The study also points out that obesity and mood disorders are mutually associated, indicated by epidemiological data.

A great source of novel therapeutic compounds, Hericium Erinaceus in particular has a long history of being consumed for medicinal purposes, there are many studies to support their ability to promote positive brain and nerve health. Because of the neurotropic compounds that possess the ability to pass through the body’s blood brain barrier, they have great potential for treating neurological disorders. 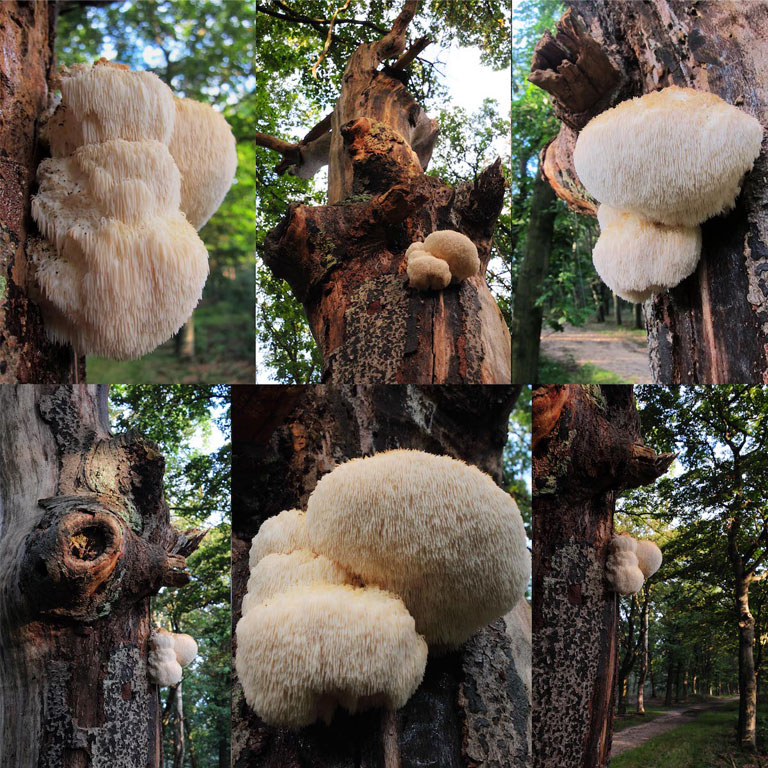